Tritons reload after run to nationals 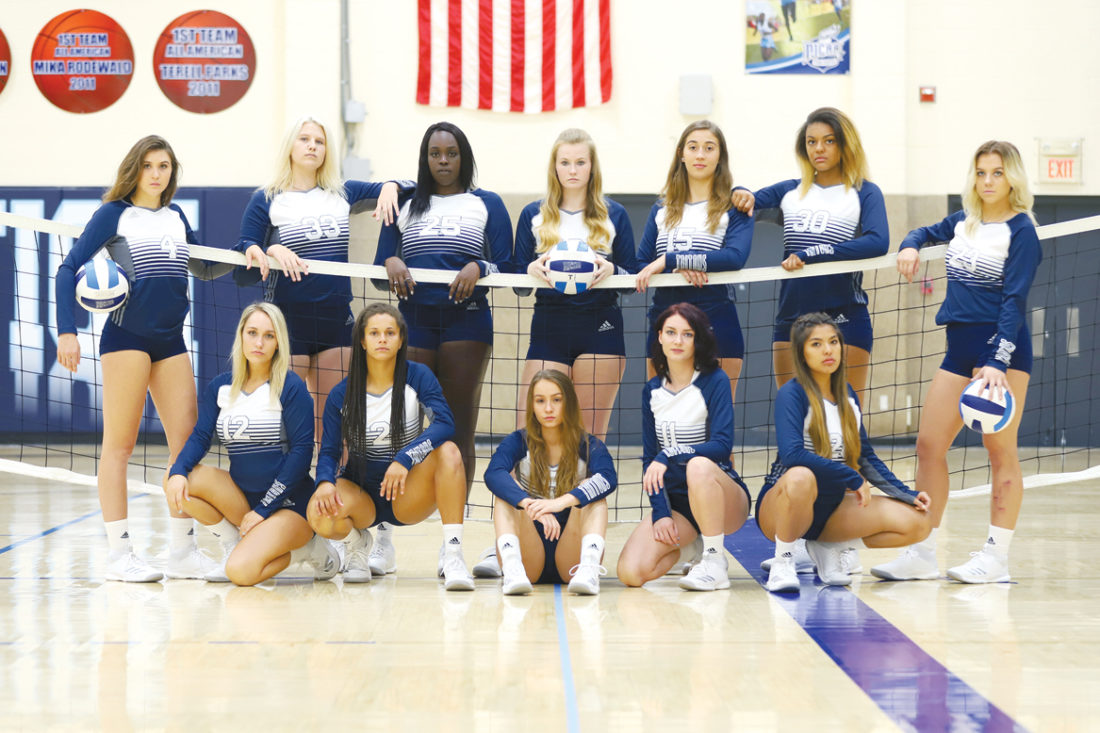 The Tritons burst on to the national stage and finished 10th in the 16-team tournament, compiling a 32-11 and winning a regional title.

Sophomore Gabby Sullivan, who was the first in Iowa Central history to be named a first team All-American, rewrote the Triton record books.

Sullivan led the nation in total attacks with 1,886 and placed second in kills with 682. She averaged almost 4.5 kills per set, which ranked fourth.

Triton head coach Sara Horn, who returns for her sixth season, knows it will be hard to fill the void left by Sullivan. With 16 sophomores — including six starters — back, the Tritons are ready to reload.

"I think Gabby, as well as our other sophomores last season, did such a great job with leadership," Horn said. "Their production on the court isn't something you can replicate, but the way they led this team is something our sophomores this year can take and make it their own. We have a lot more experience this year versus last year, so our goal is definitely not to replace our kill leader and our dig leader with individuals, but to better our total numbers as a team.

"Every year is a completely different bunch, and it's been a lot of fun to see this team and this group come into their own and establish their brand and their personality as a team."

The Tritons are already serving notice in the national rankings, as they enter the season No. 9 in the NJCAA Division II poll.

"Last year, we had a very young team overall," Horn said. "We had five sophomores and 22 freshmen, so our freshmen got to see and learn a lot with our successes and challenges.

"With 16 returners, we have more experience than anyone in any of the two-year divisions. Our returners had a great experience their freshman year and they are hungry to accomplish even more."

Horn will have a small group of freshmen to lean on and fill the void.

"We have nine freshmen on the team," Horn said. "Amaya Finley, a very dynamic Gabby-like outside hitter from Stockton, Calif. Karol Santos, an all-around pin hitter from Brazil and Taylor Bienemann, a lightning-fast freshman from Waverly, have stood out early."

With the returning players and the success from last season, the Tritons are one of the top three teams in the division, including perennial powers Kirkwood and DMACC.

"Kirkwood and DMACC reload their teams every single year, so they will be early favorites," Horn said. "Northeast has been to nationals the last two seasons, and they always have a lot of talent from Northeast Nebraska.

"Iowa Lakes and NIACC look to be stronger this year with experienced coaches, while Hawkeye, Southeastern, Southwestern and Ellsworth all have new coaches so we'll have to adjust to a new team with new systems."

Iowa Central opens the season on Wednesday at Illinois Central.